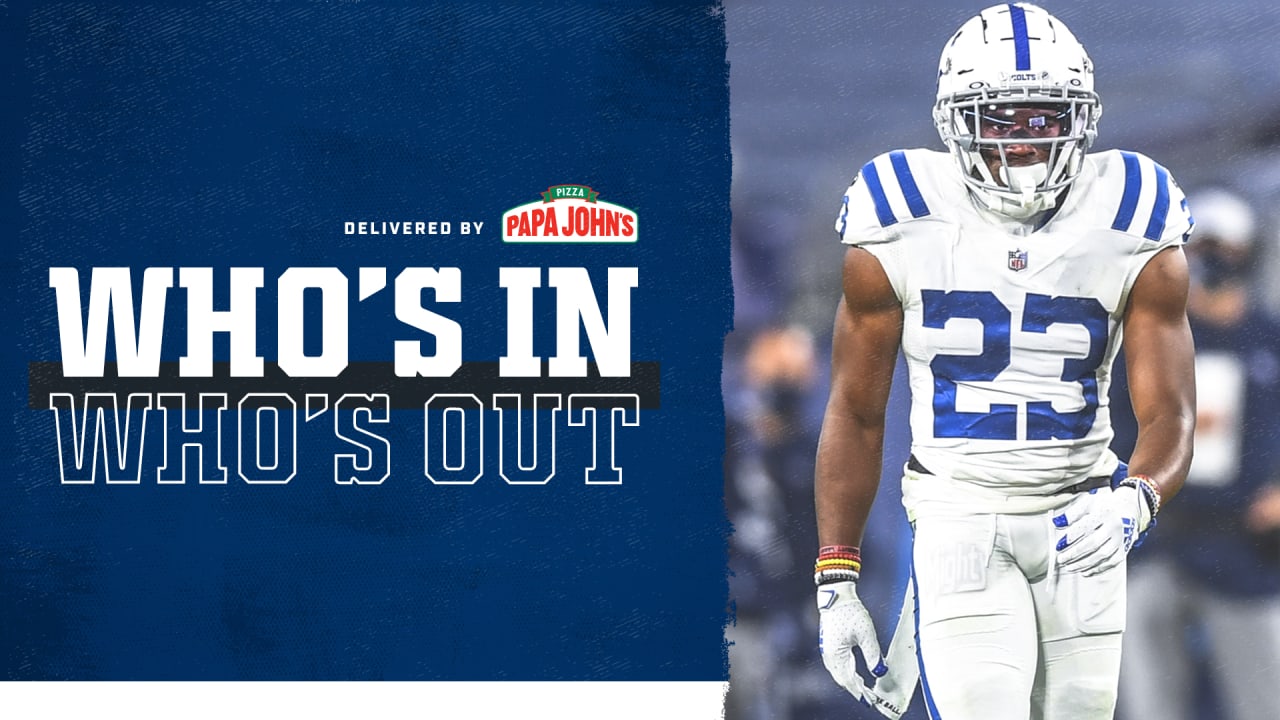 » Doyle suffered a concussion just before halftime of the Colts’ Week 9 loss to the Baltimore Ravens, as he sustained a shoulder-to-helmet hit by safety DeShon Elliott, who was not flagged on the play, while attempting to make a catch inside the red zone; Doyle then missed last Thursday night’s Week 10 victory over the Tennessee Titans. He did not participate in practice on Wednesday, but was able to return to the practice field on Thursday, when he was a full participant. Doyle was also a full participant on Friday. If Doyle is limited or misses his second straight game Sunday against the Packers, then Trey Burton, Mo Alie-Cox and, depending on his status, Noah Togiai, who is also on the injury report with a knee issue, will continue to be depended up to step up at the tight end position. The Colts also have two tight ends, Farrod Green and Hale Hentges, on their practice squad if needed.

» Rodgers initially appeared on the injury report on Friday, when he did not participate with a knee issue. If he is limited or can’t play Sunday, then T.J. Carrie and Tremon Smith will be counted on to provide key depth at the cornerback position behind starters Kenny Moore II, Xavier Rhodes and Rock Ya-Sin, while Nyheim Hines, Zach Pascal, Marcus Johnson or others could be in contention to be utilized in Rodgers’ place as the Colts’ primary kickoff returner. The Colts also have two cornerbacks on their practice squad — Andre Chachere and Will Sunderland — if needed.

» Smith initially appeared on the Colts’ injury report on Thursday, when he was limited with a thumb issue, and he did not practice on Friday. If Smith is limited or can’t play Sunday against the Packers, then Le’Raven Clark or Chaz Green would likely fill into his role as the starting right tackle, while 2020 fifth-round pick Danny Pinter, a guard/center, could also likely play tackle if needed. The Colts also have one tackle on their practice squad in undrafted rookie Carter O’Donnell.

» Togiai initially appeared on the Colts’ injury report on Thursday, when he missed practice with a knee issue, and he did not practice on Friday. If he’s limited or can’t play Sunday against the Packers, then Trey Burton, Mo Alie-Cox and, depending on his status, Jack Doyle (concussion), will be counted on to step it up at the tight end position. The Colts also have two tight ends, Farrod Green and Hale Hentges, on their practice squad if needed.

» Turay spent the first 10 weeks of the season on the Reserve/Physically Unable to Perform (PUP) list, as he worked his way back from a season-ending ankle injury suffered Week 5 last year against the Kansas City Chiefs. Turay was officially brought back to the Colts’ active roster earlier this week, and was a limited participant in practice on Wednesday and Thursday, and did not practice on Friday. Turay could make his 2020 debut on Sunday against the Packers, but if he plays a more limited role or ends up missing the game entirely, then Justin Houston, Al-Quadin Muhammad, Tyquan Lewis and Ben Banogu will continue to be counted on to provide pressure off the edge for the Indy defense.

Check out the stats and notes from the Colts’ Week…