The fastest and easiest way to learn piano or keyboard With 200 Video lessons And 500 Audio lessons.
Online Piano Course
39 $

Enjoy The Deep Rejuvenating Sleep That Will Protect Your Body and Unlock Your Potential.
Eat Sleep Burn
19 $

A Complete Video Course For Photographers To Make Money By Selling Photos Online.
Start Making Money With Your Photos

Learn all the insider secrets of selling on e-bay and see how it really works.
Start An Ebay Business 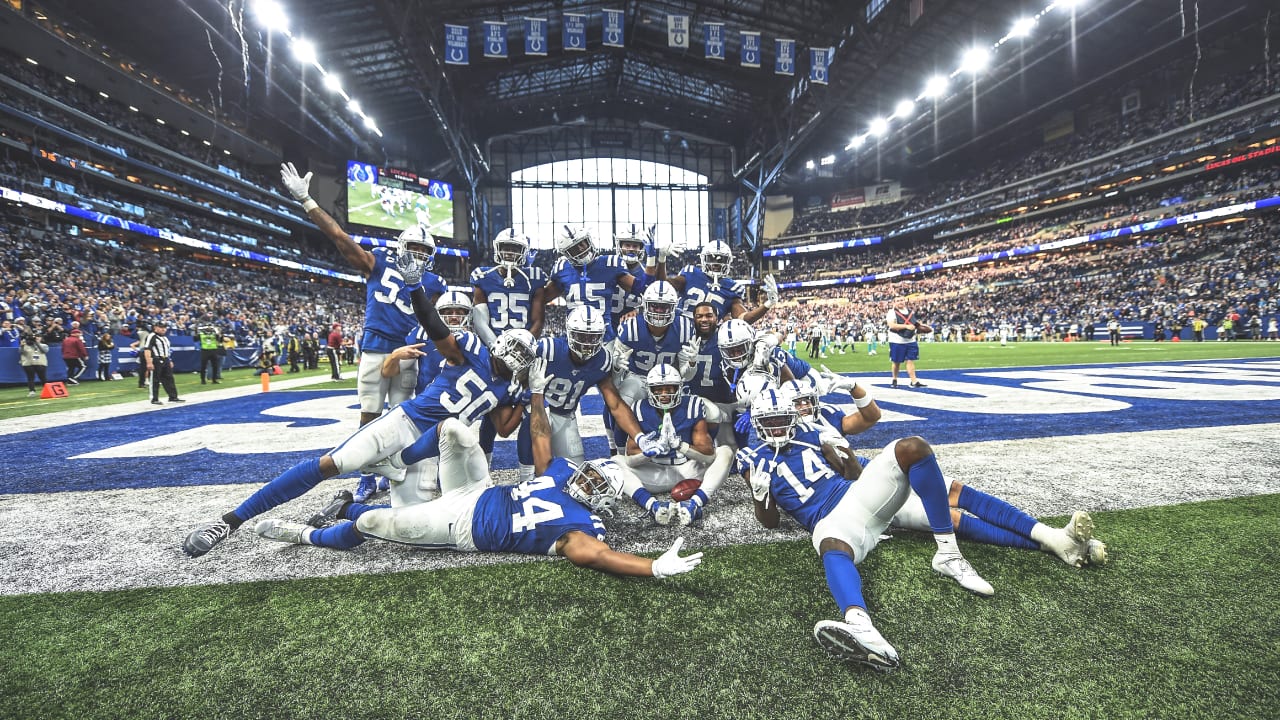 Enjoy The Deep Rejuvenating Sleep That Will Protect Your Body and Unlock Your Potential.
Eat Sleep Burn
19 $

While the Colts do have a bunch of familiar faces returning in 2020, that’s not to say that they haven’t lost, or parted ways with, any significant players.

Offensively, the Colts will go into 2020 without wide receivers Devin Funchess, Chester Rogers and Dontrelle Inman, tight end Eric Ebron and offensive lineman Joe Haeg, who were all either starters or primary rotational players. Out of 1,077 offensive snaps for the Colts in 2019, those players averaged 179.2 snaps played (16.6 percent).

On the defensive side of the ball, the Colts go into 2020 missing many more significant snaps played. Between defensive linemen Jabaal Sheard and Margus Hunt and defensive backs Pierre Desir, Clayton Geathers and Quincy Wilson, they averaged 470.2 snaps (45.5 percent) out of 1,034.

As far as special teams goes, the only 2019 specialist not on the roster is placekicker Adam Vinatieri, who played 53-of-425 special teams snaps (12.5 percent).

At quarterback, 2019 starter Jacoby Brissett and his 947 snaps are still on the roster, but has been supplanted as the starter by free-agent signing Philip Rivers. While he’s new to the Colts, Rivers has been an iron man for the Los Angeles Chargers franchise for the past 14 years, starting every game during that time.

There hasn’t been any significant change of snaps at running back either, as the only primary moves have been Jonathan Williams becoming a free agent, while the Colts selected rookie running back Jonathan Taylor in the second round of the draft in May. Williams started one of the games in which he appeared in 2019, seeing 99 offensive snaps. Otherwise, last year’s main contributors of Marlon Mack, Nyheim Hines and Jordan Wilkins all remain on the roster.

There have been some changes in snaps at wide receiver, primarily when discussing the aforementioned Funchess, Rogers and Inman. Any other receiver who saw snaps and ended the 2019 season with the Colts remains on the roster.

At tight end, Ebron has been replaced by new free-agent signing Trey Burton. Ebron was the Colts’ fellow starting tight end alongside Jack Doyle, but now those snaps are expected to be earned by Burton and Mo Alie-Cox.

The offensive line has been a constant for the Colts since 2018, as the same starting five has been intact since Week 6 of that season. Haeg and Josh Andrewsd departing in free agency rids the Colts of their primary backup options from 2019. Rookie Danny Pinter and Jake Eldrenkamp are expected to be the primary “next men up,” but neither had any NFL snaps to their name in 2019.

While the Colts are confident in their backup offensive linemen, they know the important of keeping the same starting five together.

“I know everybody knows this but it’s even more important than I think we all realize,” Colts head coach Frank Reich told reporters about the importance of continuity on the offensive line last season. “We talk about it. Everybody knows it’s important, but every game that those guys can stay together and play together it really does a lot. It does a lot in a lot of ways when you’re trying to build something. So the fact that we have been able to do that has been a big part of our success.”

Colts fans have gotten quite used to seeing Sheard and Hunt along the Colts’ defensive line, but last year’s heavy contributors are back, and then some.

Justin Houston, Grover Stewart, Denico Autry played the most snaps for the Colts’ defensive line in 2019, averaging 640 (61.9 percent), and they all return.

The Colts have kept the same core group of linebackers for a couple of years now, with Darius Leonard and Anthony Walker leading the way while Matthew Adams and Zaire Franklin provide support. Bobby Okereke and E.J. Speed were rookies last season who left a good impression and are now expected to compete for starting spots (Okereke grabbed the starting SAM spot last year) or be heavy contributors.

There has been a bit of change in the Colts’ secondary after Desir was released and Geathers became a free agent. Desir’s replacement, Xavier Rhodes, was signed as a free agent this offseason, but Khari Willis replaced Geathers as the Colts’ starting strong safety midway through last season.

As a rookie, cornerback Rock Ya-Sin played more snaps than any other Colts defender in 2019 with 851, and he should cement that status in Year 2. Fellow rookie Marvell Tell III also impressed in his 252 snaps and could have a bigger role in 2020.

As mentioned, on special teams, Vinatieri’s departure doesn’t leave a ton of vacant snaps. He went on season-ending injured reserve after Week 13 and was replaced by then-rookie Chase McLaughlin, who remains on the roster and, as of now, will compete with undrafted rookie Rodrigo Blankenship for the team’s placekicker job heading into 2020.

Carson Wentz says he feels safe in reporting to…

Aaron Rodgers checks in at No. 16 on NFL Network’s…