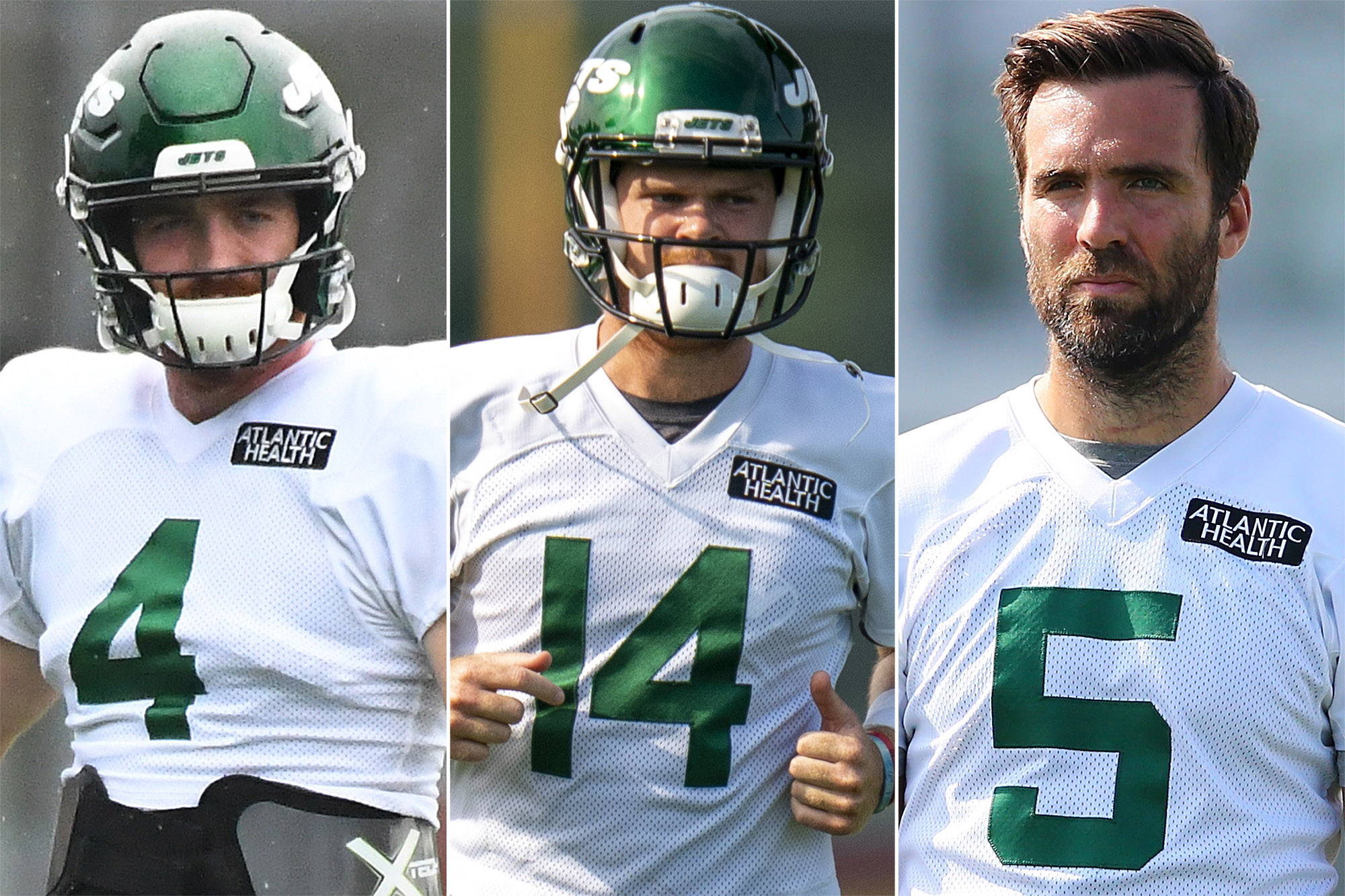 The Jets are going to be doing some backup quarterback gymnastics in the coming weeks.

Gang Green set their initial 53-man roster and the most interesting position was quarterback. No, Sam Darnold was not cut, but the Jets are going to have to navigate their backup situation for a few weeks.

Joe Flacco passed his physical and was taken off the physically unable to perform list, but he is still at least a few weeks away from being ready to play in a game following neck surgery in the spring. Flacco was ineligible for injured reserve with a designation to return because he failed his initial physical.

That left the Jets with Mike White, David Fales and rookie James Morgan fighting to be Darnold’s backup. The team released Fales and waived White on Saturday, leaving Morgan as the only healthy backup for Darnold. There is no way that the Jets will go into Week 1 in Buffalo with Morgan as the No. 2 quarterback. The fourth-round pick simply is not ready.

That means the Jets likely will try to sign White or Fales to the practice squad if they clear waivers on Sunday. The practice squad has been increased to 16 players this year because of COVID-19, and you are able to move players more easily back and forth from the practice squad to the active roster. So, the Jets could bring one of those quarterbacks up on Friday or Saturday before the Bills game to serve as Darnold’s backup.

There were not many surprises in the Jets moves on Saturday. It already had been reported on Friday that the team was cutting center Jonotthan Harrison, who had been with the team for three years. Somewhat surprisingly, the team also cut Josh Andrews, who figured to be the backup center with Harrison gone.

There will be more moves made on Sunday as the Jets claim players off of waivers. They are 11th in the waiver claim order. They also will then start putting together their practice squad.

At the moment, the Jets have just three running backs after cutting Josh Adams. They also have three tight ends after cutting Daniel Brown and three safeties after saying goodbye to Matthias Farley and Bennett Jackson.

At wide receiver, the Jets kept seven players but both Vyncint Smith (core muscle) and Jeff Smith (shoulder) likely will be placed on IR then be eligible to return after three games. The Jets cut Lawrence Cager and Donte Moncrief at the position.

On defense, the Jets did not cut any defensive linemen or outside linebackers. They have a whopping 14 of them at the moment. That should change Sunday. One of them is undrafted rookie Bryce Huff, the only undrafted rookie to make the team this year.

The release of inside linebacker James Burgess was reported Friday. The Jets also could put Patrick Onwuasor on IR with the idea that he can return when he recovers from a knee injury.

Cornerback Nate Hairston, who started six games in 2019 for the Jets, was also cut. Rookie cornerback Bryce Hall was moved to the reserve/non-football injury list because of the ankle injury he suffered in college. He can begin practicing in Week 7.