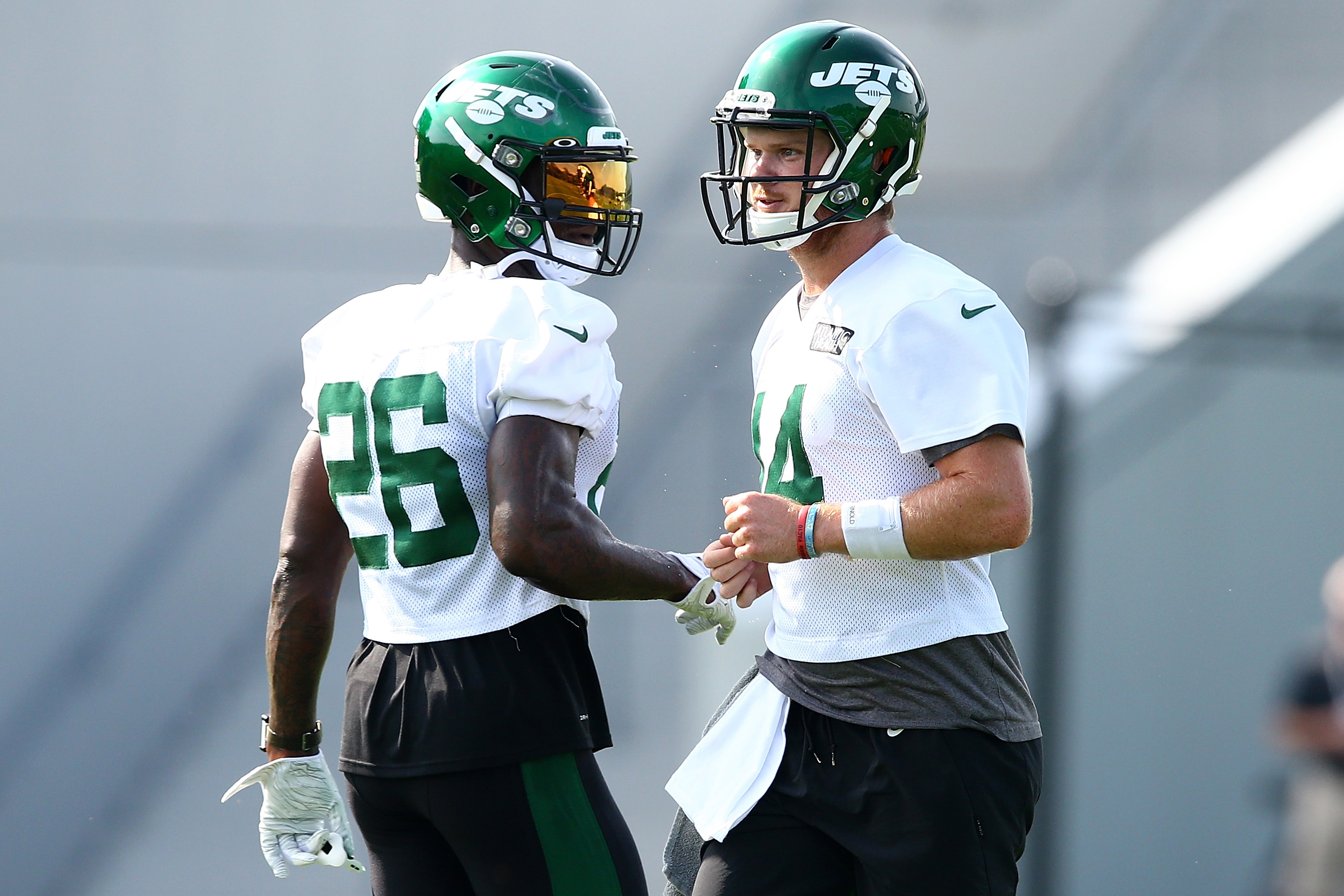 The Jets running back then got a gleam in his eye and said Darnold and the Jets have just one challenge when it comes to the QB.

Bell could have been referencing COVID-19 concerns or, more likely, having some fun with Darnold, who contracted mononucleosis last year and missed three games.

When not poking fun at Darnold, Bell was raving about him.

“Sam’s not really a rah-rah guy,” Bell said. “He’s not really loud. He’s not a yeller. He’s real monotone. He’s kind of calm. Everybody goes about their way differently. But the way he does it, you want to follow him. You want to listen to him and work hard for him. That’s the kind of player you want. Sam looks amazing this year. It’s going to be fun.”

Bell says he sees a different Darnold in their second year together and Darnold’s third year in the NFL.

Tight end Chris Herndon was a little in awe when he found out he would be playing with Frank Gore. Herndon went to Miami, where Gore is a Hurricanes legend.

“It’s definitely a fanboy moment,” Herndon said. “Once we picked him up, I was kind of star struck.”

Herndon, 24, said he is watching how the 37-year-old takes care of himself.

Special teams coordinator Brant Boyer gave his evaluation of the kicking competition between Brett Maher and Sam Ficken so far through training camp.

“Sam and Brett are doing a very nice job. I see this coming down to the end here,” Boyer said. “I think they both have been very productive, both have pretty solid percentages going into the season thus far. They both have more than adequate legs. I think that Sam did a solid job last year. Brett definitely has experience. I see these guys neck and neck. They’ve both had good camps. We’ll see who shakes out.”